Well done to all the runners who competed at the Warwickshire County Championships at Warley Woods on Saturday.  We had a great day with two runners crowned as individual champions and numerous other medals – both individual and team. Shaun Evans continued his amazing season winning the U20 Men’s race. He followed the brisk early pace and moved up to the leaders after the first kilometer. He eased into the lead and was never challenged crossing the line well ahead of the field to take the County title. There was excellent support from Jerome Austin in 5th and Tom Wheeler in 9th which earned them the U20 men’s team gold.

The U17 men continued to impress.  Alex Jones ran strongly to take 5th with Euan Cox in his first outing for the Club in 10th and Alex Blackham completing the scoring in 13th. The team were rewarded with bronze team medals. Tom Parkes had a good run in 29th.

U15 Ellen Humpherston had a great run but was just edged out of the individual medals in 4th. Strong support from Abi Trevis (9th) and Caitlin White (11th) meant the U15 girls also won silver.

Ben Horton was delighted with his performance in the under 15 boys race where he finished 8th.

In the U13 girls ran superbly as a team (see below photo) but missed out on a medal by a single point. Lucy Corker finished 9th, Lucy Carey 11th and Elsa Buchanan 12th. Strong support from Charlotte Hey (13th), Jessica Cope (14th) and Maddie Hammond 32nd meant Royal Sutton had the 1st B team in this age group. 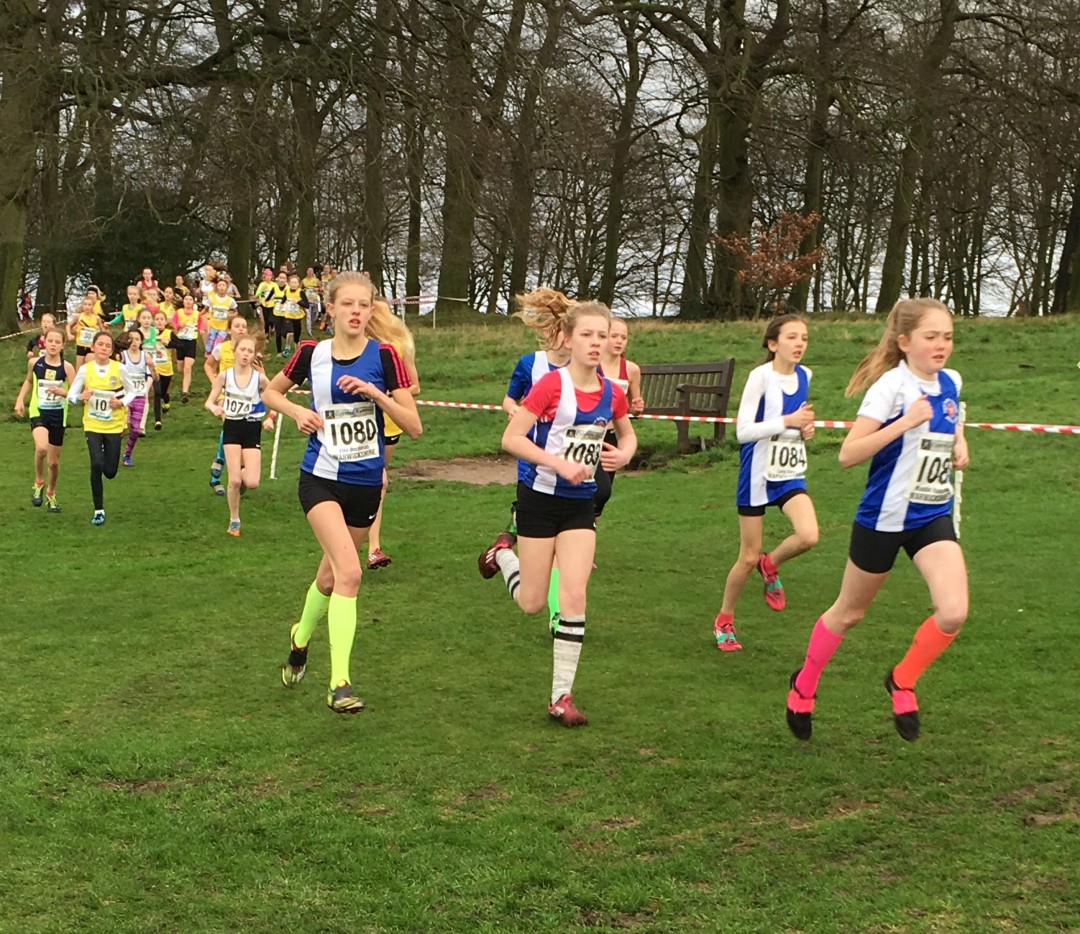 In the U13 boys race the strongest run came from Jacob Higgins who was 21st.

Megan McBrien put in a fine performance in the Senior Women’s event to finish 7th with Andrea Deathridge in 13th.

There was also a gold medal for Ollie Harradence, who won the Masters Men’s race. Another highlight came from Tom Chew who had a strong run to finish 27th in the senior men’s race.

At the Staffordshire County Championships held at Sandwell Valley the top performance came from Ella Semple who finished 11th.

The strong performances mean many of these athletes will gain county selection for the Inter County Championships to be held at Cofton Park in March.