Sunday 9th June, we had three athletes competing in the Midland Masters Champs with excellent performances.
They are:

We had some excellent results from our rather small team (we had 27 empty scoring spots) so lets hope for a better turn out for the next meeting at Telford on Saturday the 6th July.

We had 3 of our athletes who are over 55 covering 9 events between them so lets go for it.

We could not see any new club records and just found one equaled PB which was Georgia Delaney in the 400m but that was hardly surprising considering the variable weather.

RSCAC was able to put out all 4 relay teams, and our two mens teams took first places in both relays.

Full link to the results will be posted here when available.

We had some athletes competing in other meetings at the weekend.

Some high caliber middle & long distance performances from both athletes.

If you know of any videos featuring club athletes, email the video link to rscac1973@gmail.com so they can be added to our playlist.

RSCAC is running 2 summer holiday clubs for ages 8 – 15. (You don’t have to be a club member to book on these.) 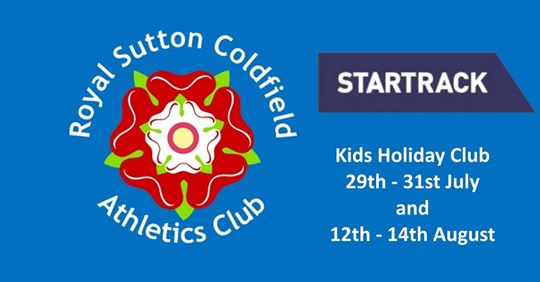